Welcome to our small homestead in Sweden 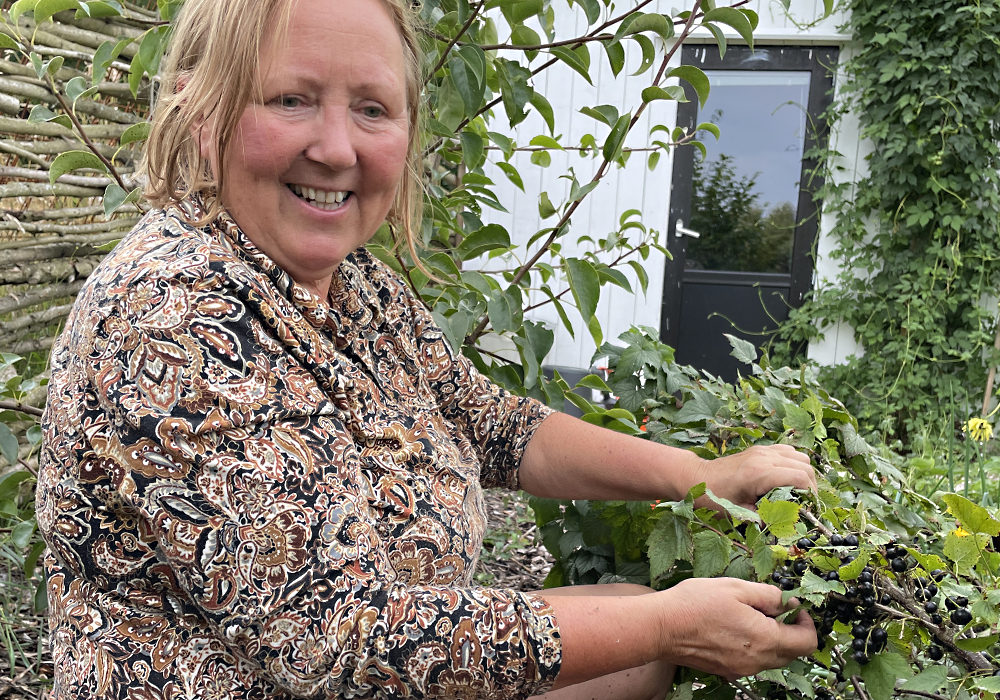 The garden season 2022 is over. However, we didn’t have frost in the ground before December. To our astonishment, we have been harvesting produce, like salad, leek, kale, carrots, and parsnip until the end of November, when a week of severe frost took what was left. That is not normal. Yet, it is time to sum up what went well and what we were less successful with this year.

Growing Brassicas is a failure

To start with the latter, I don’t seem to be able to grow brassicas. They are supposed to be easy to grow, particularly in our climate, but they end up as food for slugs and cabbage caterpillars. Or they simply bolt too soon for us to harvest, or they all ripen at the same time. This year, I tried succession sowing in the hope that I would be able to harvest over a longer period. But, alas, I didn’t have luck with that either.

I planted my first brassica seedlings in the greenhouse for an early harvest, but I suspect it was too warm for them. Both the broccoli and cauliflower developed small heads and bolted very quickly. The brassicas in the garden beds were eaten by slugs. As for the kale, we harvested some early in the summer before the caterpillars took them too. Now, I am debating whether to sow brassicas or not, but I suppose I’ll give them one more chance with fleece cover.

I had more luck with carrots, celeriac, and parsnip. However, apart from celeriac, which was my best season so far, much of the carrots and parsnip were smaller than previous years. I know I should have thinned more, but since I was looking after my grandchildren and hosting a lot of visitors, I simply didn’t have time.

Similarly, I thinned the carrots in the start of the season, then I just thinned whenever I harvested. In the end, much of the carrots had carrot fly damage, which I of course could have prevented with a cover.

I also grew some beets (red, yellow and polka-striped). The first sowing grew almost too large to use while the second sowing was very small. It is clearly too late to sow beets here at the end of July. Anyway, some of the produce were eaten grilled and some were either pickled or fermented.

This year, I sowed onions from seed for the first time. That turned out to be a great success since the bulbs from seed grew larger than the ones I planted from bulbs. However, I might not have cured them properly, because some appear to store less well that the ones I planted from bulbs. In general, my onions were smaller this year than last year, which I suppose is because we had a relatively dry summer and, although I watered, it clearly wasn’t enough.

The leek is another matter. This year, they were bigger than ever before. We use quite a bit of leek in cooking and now a lot stands frozen in the ground. I have dried some, but I also harvest frozen leek directly.

I planted the garlic in november last year, just in time before frost. Since the spring was cold, no shoots were visible until late spring. For a moment I thought they were lost. But once they appeared, they grew larger than ever before.

When it comes to fruit and berries, the latter were successful while we hardly had any fruit at all. The blooming seemed good. However, when it came to setting fruit, they failed to produce. Furthermore, my peach tree caught something called peach leaf curl. I have read this might be due to a cold spring, which we certainly had, and which I suspect affected the pollination and fruit setting all over. I removed all the infected leaves and the peach tree seemed to grow well after that.

All in all, we had no apricots, peaches or pears. We had about 200 grams of cherries, which is ridiculously little. As for plums, we barely harvested more than we ate directly from the trees, and half of what ripened had fungi. Similarly, all the apples appeared to be attacked by apple fruit moth or something similar and, could not be used for food.

On the other hand, all our berries did very well. The strawberries were smaller than last year, but the plants have reached the end of their cycle and I have replanted some this year. In fact, Frank built a pyramid-shaped strawberry container that will make it easier to pick strawberries. We didn’t have any raspberries, since we cut down and moved all the shrubs last Autumn. However, gooseberries and black-currants produced in abundance.

As for preservation, I’ve tried out a lot of new methods this year, which you can rad more about in another blog post.

Growing squashes and pumpkins with success

Compared to previous years, I’ve tested out a lot of different pumpkin and squash seeds this year. In addition to regular green squash and Halloween pumpkin, I grew Green Hubbard, Uchiki Kuri, Sweet dumpling, Butternut, Lingedor, which is yellow, and a striped variety called Tapir. I also grew a round squash called Round beauty as well as a regular, fast growing green variety called Black Beauty.

Apart from the Halloween pumpkins, which were less successful, and which in the end were eaten by slugs so they could not store, the squash crop was plentiful. We ate a lot of squash all summer, particularly the yellow Lingedor, which harvested early was great for salads and barbeque. I also pickled some squash, but I shredded and dried most of what we didn’t use fresh.

Of course, we still have a lot of winter squash in storage, and I use them regularly. I particularly like mashed butternut squash with a hint of nutmeg.

The early salads that don’t form heads are the ones I’ve had most success with. Some of them I harvest for a long time. Spinach do well in the spring, but never in a second sowing. Chard grows OK, but are often eaten by slugs, and frankly I don’t think they taste much at all. This year I grew new Zealand salad for the first time, and we loved that. We were able to harvest the entire summer.

Furthermore, I have tried different varieties of beans. Broad beans grow well, but I have trouble finding use for them, so I didn’t sow them this year. However, we harvested a good number of asparagus beans and breaking beans. I did not sow peas either this year, apart from sugar peas, since we had a problem with worms in peas the last two years. I like peas, but it’s dicouraging whwn you have to trow away a large portion of the harvest.

Growing corn was a partial success

This year I also grew corn. I have grown a few plants before, but the cobs haven’t always developed properly. However, I’ve heard that you need many plants to achieve proper pollination, so this year, I sowed approximately 60 plants. Unfortunately, half of my seed were from the year before and of a different variety, which I’ve also heard that is not good for pollination. I tried to keep the plants separate, but in the end, I lost control.

Anyway, most of the cobs turned out quite well. Yet, where the two varieties stood too close, they did not form cobs. I also learned that I should not wait too long to harvest, because some of the cobs had dried by the time I harvested. But apart from that, the corn tasted deliciously and I will sow more next year.

I also grew crops that love more heat. The cayenne chilies did well early in the season, while the habanero took a long time to set fruit. I fear it was due to lack of daylight, since they were shaded by some tomato plants for the major part of the summer. After I cut down the tomatoes, they started to bear fruit. I clearly had the same problem with sweet peppers, which also started to set fruit late in the season, and not everything managed to ripen.

Watermelon and tomatillo were complete failures. The tomatillos set a lot of flowers, but weren’t pollinated, and I never saw any sign of a watermelon whatsoever. I also grew a lot of tomatoes, but they deserve a separate blog post.

This sums up some of the vegetable results for 2022. 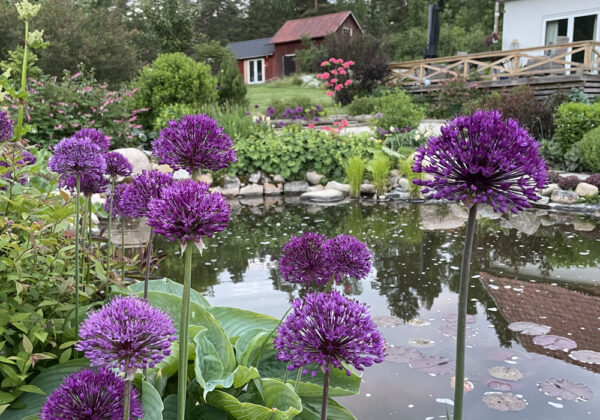 Chatting about the garden at Bliderud through a series of garden walks from April to July 2022. Images from the pond and the stream. 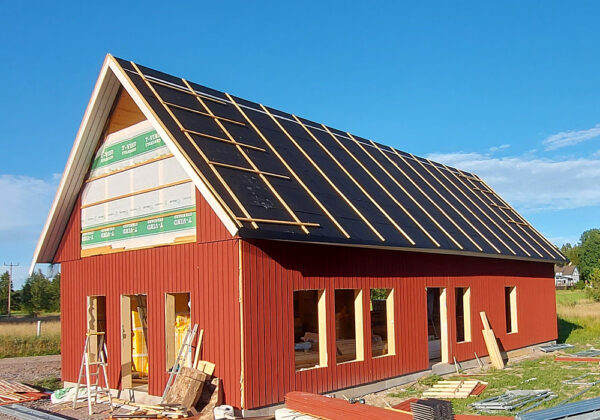 We Construct a New Building

We have started the build of a workshop, with bathrooms, a large food prepping kitchen and holiday lets. Our budget is 1 mill SEK and we plan to do most of the work ourselves. The building is a major part of our plan to live off the farm and will also have solar panels on the entire roof towards the south. 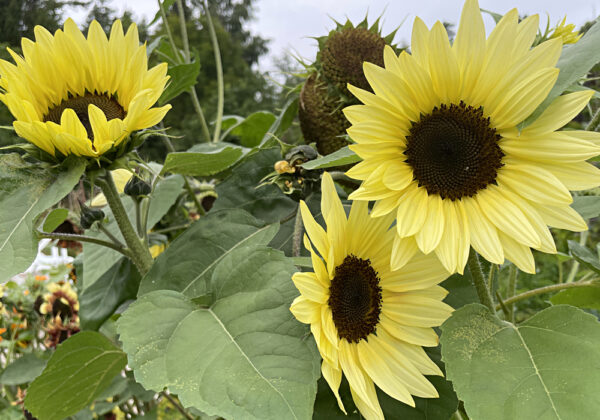 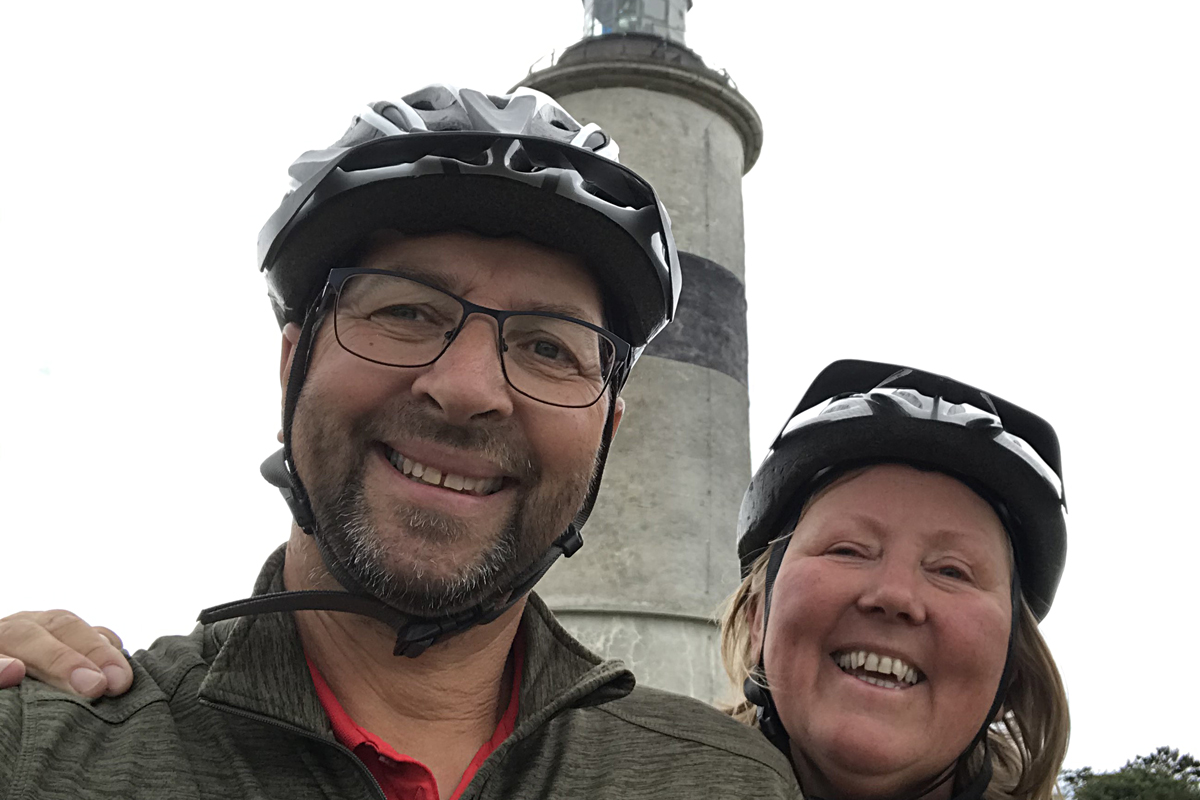 A couple that rapidly is reaching the age of retirement. We currently work in Norway and the farm is our retirement plan.

Chatting about the garden at Bliderud through a series of garden walks from April to July 2022. Images from the pond and the stream. 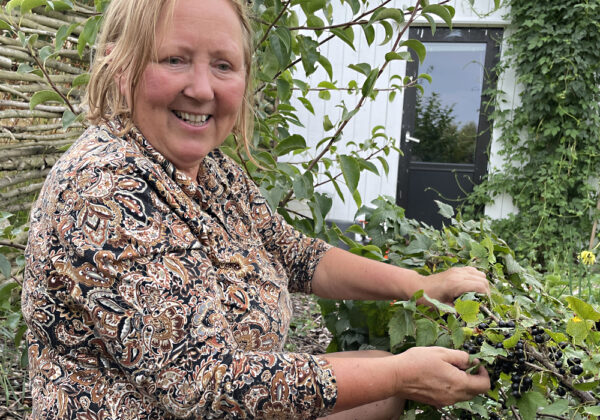 The garden season 2022 is over. To our astonishment, we were harvesting produce, like salad, leek, kale, carrots, and parsnip until the end of November. That is not normal. Yet, it is time to sum up what went well and what we were less successful with this year.

We Construct a New Building

We have started the build of a workshop, with bathrooms, a large food prepping kitchen and holiday lets. Our budget is 1 mill SEK and we plan to do most of the work ourselves. The building is a major part of our plan to live off the farm and will also have solar panels on the entire roof towards the south.